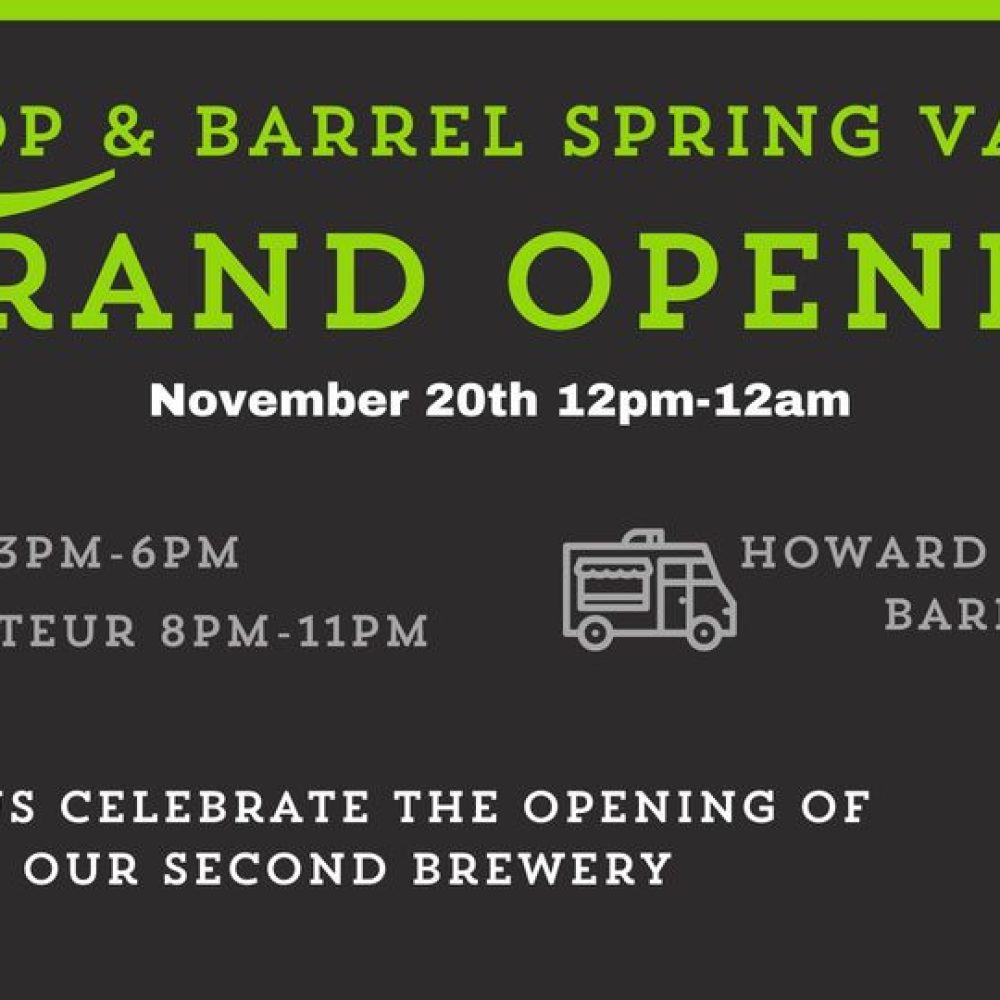 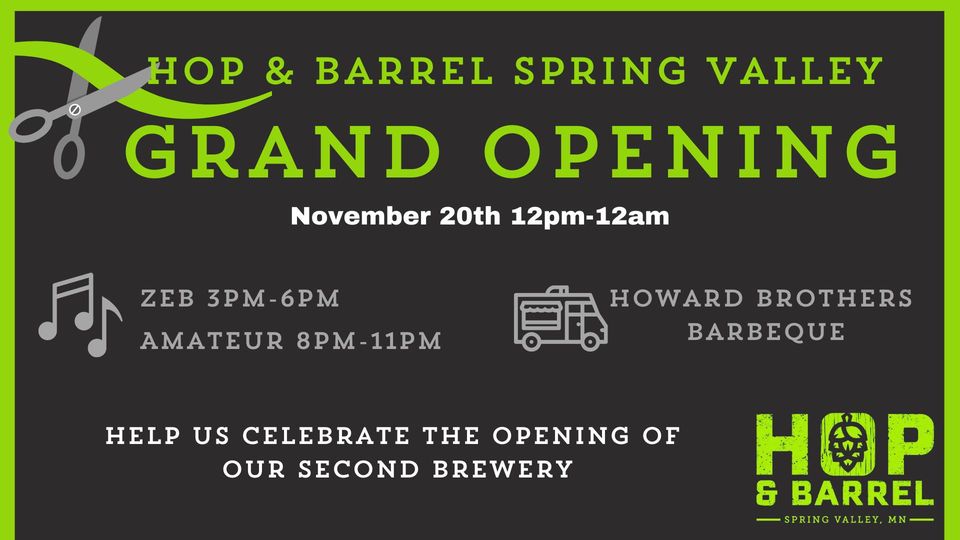 Hop & Barrel Spring Valley, Brewery and Taproom will hold its Grand Opening Block Party on Saturday November 20th from Noon to Midnight at its new location on the corner of West Jefferson and North Broadway in historic downtown Spring Valley, MN.