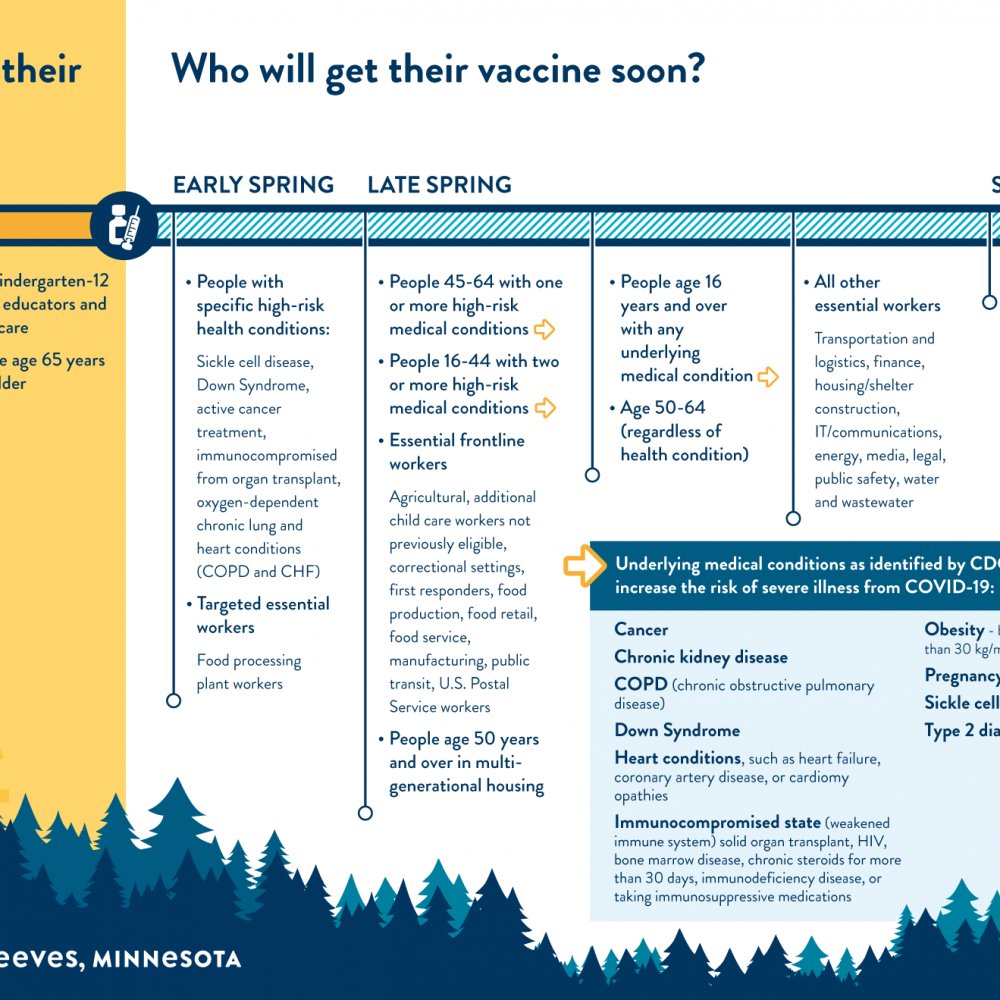 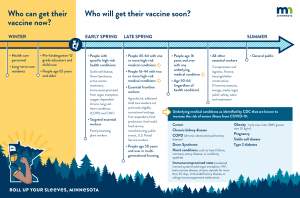 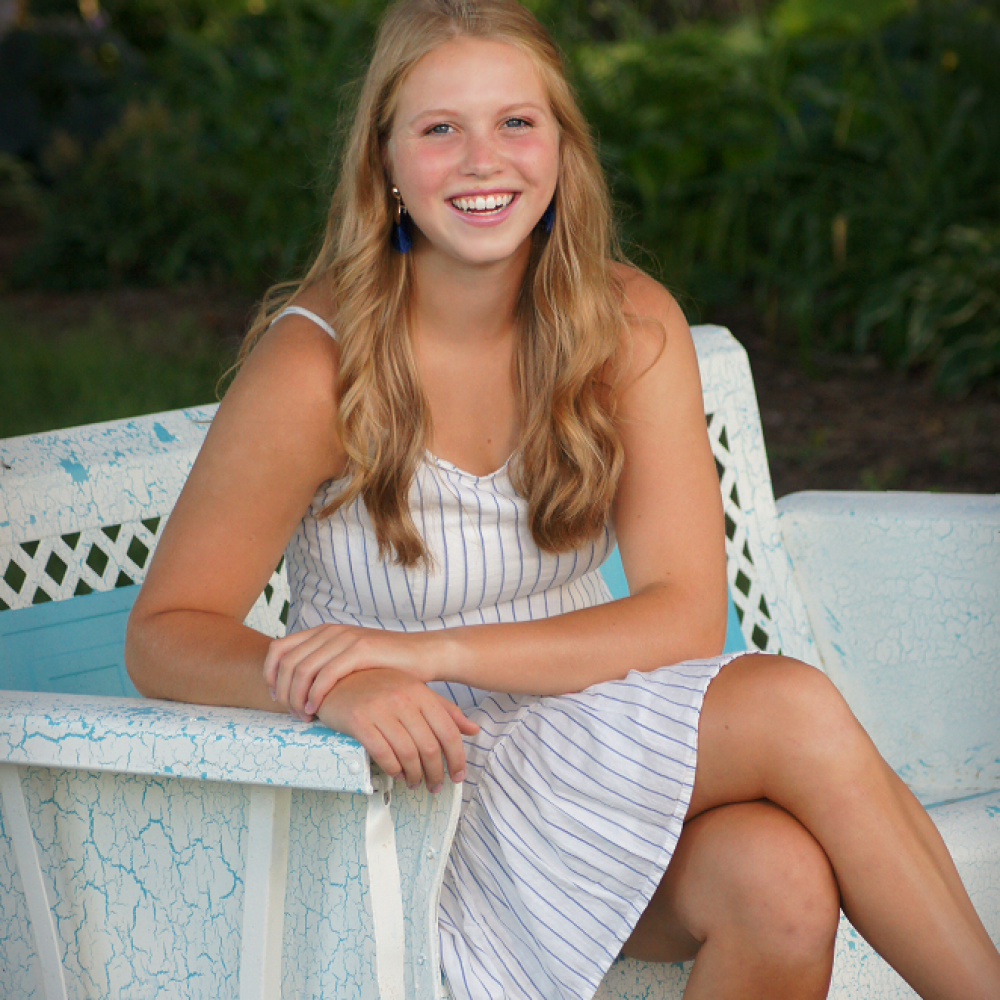 School Activities: In school, I participate in many activities including volleyball, basketball, track and field, Student Council and National Honor Society.

Activitie​s/W​ork Outside of School: Outside of school, I am involved in various activities within my church such as helping with church dinners. I also help coach park and rec basketball and volleyball. I also work at Ace Hardware in Spring Valley on the weekends.

Favorite Class, and why? My favorite class in school is anatomy and physiology because I love learning about the human body and its functions.

Why is a Solid Education Important? A solid education is important for many reasons. One reason being is it opens up a variety of jobs and opportunities after school. A solid education also teaches one important life skills such as time management, responsibility and dedication.

Immediate Plans After High School Graduation: After high school, I plan on attending Winona State University and majoring in nursing. As of now, my plan is to attend Winona for the prerequisites needed for the program then transfer to the program through Rochester.

Long-term Plans​/G​oals: My long term plan is to attend Winona State for nursing and hopefully end up working at Mayo Clinic once I am graduated. My dream job would be to work on a cardiovascular ICU or work on a labor and delivery unit.

Note: The Spring Valley Kiwanis Club annually recognizes the top academic performers at Kingsland High School. Due to COVID-19 restrictions, the plans to honor the students in person are still unknown. Typically, they attend a meeting of Kiwanis with their parents for recognition.

The following announcement is reprinted from the LeRoy City Lines Official Website, February 15, 2021

After nearly a yearlong suspension of our commuter service due to the COVID-19 pandemic, our buses will roll again beginning March 1. In a world in which people are increasingly working from home, commuter habits are changing, and so is our commuter transportation model.

Join us, as we continue to serve the communities of Le Roy and Chester, IA and are now also welcoming passengers aboard in Spring Valley. We are excited to stop at Sunshine Foods each weekday morning and evening.

Currently, we are offering one morning and afternoon stop in these communities. We hope to expand this service, as we grow our driver team. If you know of anyone interested in becoming a driver, please refer them to us. We would love to expand our team!

Last fall, Mayo Clinic announced the discontinuation of its commuter bus subsidy. That means our fare structure will be the same for all riders. We know this means a fare increase for most of you. Please know, we did not add any additional increases, because we know this is a major adjustment for you.

Lastly, a quick word about keeping you and our drivers safe during the pandemic. We require masking on the bus at all times with no exceptions. We also very strongly recommend social distancing on the bus, and certain seats will be blocked off. Our drivers will closely monitor capacity to help keep you safe. Our buses are cleaned daily with a special sanitizing fogger, in addition to other cleaning routines. We do not require a COVID-19 vaccination for you to be able to ride with us. However, if you feel ill in any way, we ask that you take a break from riding until you are healthy again.

We have done a lot of research and homework to provide you with a safe and comfortable ride and are ready to serve you again. But you still may have questions. Please feel free to reach out to us at info@leroycitylines.com, or visit our LeRoy City Lines website for route schedules and additional information.  We are happy to connect with you to ease any concerns and provide you with the information you need.

Cold, snowy Minnesota winters may not be for everyone, but it doesn’t get much better for Snowmobilers! The Tri-County Trailblazers Snowmobile Club of Spring Valley, MN, will be hosting its 3rd Annual Snowmobile Fun Day on February 20th. The event is free to the public, and all ages are welcome. “We really want to show people what the sport is all about, how much fun it is, and showcase the great community of people that snowmobiling brings together,” says Tyler Himle, Tri-County Trailblazer Club member.

Snowmobile Fun Day usually occurs on the third Saturday each February and starts at 11:00 AM in the east parking lot of Five Wynds Event Center on Highway 63 in northeast Spring Valley, just off the snowmobile trail. Five Wynds Event Center supports the event each year by donating their parking lot for the event. Racks Bar and Grill, another club supporter, is located right next door, and with miles of snow-covered trails, the location provides the perfect base of operations for the club’s event.

The Tri-County Trailblazers annual event includes activities for riders and non-riders of all ages. The morning features an antique snowmobile show that attracts some very unique snowmobiles from all over southeast Minnesota. The exhibition provides an excellent way for attendees to explore snowmobiling history in person and learn more about how the modern snowmobiles have evolved from Joseph-Armand Bombardier’s “over-snow vehicle” in 1922 into the state of art “sleds” we have today.

The afternoon is all about actively enjoying the sport of snowmobiling. There are various competitions, including a snow-cross course, where riders can show off their skills and earn bragging rights. A group ride to the neighboring community of Ostrander, just seven miles away, takes riders over the field and through the woods to The Wolf’s Den and Susie’s Roadhouse, two local establishments who also support the Tri-County Trailblazer’s Club. Here the riders can warm-up, grab a bite and swap stories. The event concludes with the presentation of awards and drawings for door prizes donated by local businesses.

The event continues to draw more attendees each year, from veteran snowmobilers who have been riding their whole lives to beginners who may only be in their first year of riding. Even people who do not snowmobile make their way to the event to see the wide variety of snowmobiles, watch the competitions, and participate in this fun winter community activity.

The year 2020 became one that tested everyone in ways never imagined.

For business leaders, they contended with circumstances they had never encountered before.  There were issues with supply chain, facility capacity limitations, shutdowns, social distancing, mask mandates, COVID exposure protocol, staffing, sanitization, health, and safety – to name a few.

Over the past few years, the staff at the Fillmore County Journal has considered initiating a “Business Person of the Year” nomination process that involves community participation.  Given the unprecedented times faced in 2020, this seemed like the right time to introduce this point of recognition.

The Brave Community Theatre of Spring Valley, MN, will mark forty-nine years of theater in just a few weeks with its first production of 2021.  A Night at the Theater is a play about two couples who make it a point to attend some form of live entertainment together each week, and this week’s selection, Shakespeare’s Hamlet, much to the chagrin of several group members. “This is a truly unique production,” explains Jeffrey Thauwald, cast member and long-time theater member. “We performed this play 20 years ago, and believe it or not, we have three of the original cast members, Rob Johnson, Sarah Kohn, and me reprising our original roles.”

Over 1000 participants have taken part in Brave Community Theatre (BCT) productions in various capacities in its nearly five-decade history. Founder and Spring Valley native Debi Neville first had the idea to start a theater group after getting married and returning to Spring Valley from Minneapolis. “I wanted to find something locally that I was passionate about,” says Neville, adding that she had studied theater in college. She was able to start BCT with a $250 donation, and the rest, she will tell you with a smile, is history.

Throughout the years, classics such as Paint Your Wagon, Fiddler on the Roof, Camelot and others have been performed in downtown Spring Valley. When asked if she has a favorite, Neville leans back and smiles, fondly remembering countless productions over the years. “The Night of January 16th, by Ayn Rand, was unique,” she recalls. The play takes place in a courtroom during a murder trial. The members of the audience are chosen to play the jury. The ending of the play depends on the verdict of the audience member. As a result, the play actually has two endings. “Several cast members played roles that they lived in real life; the police officer was played by a local police officer, and a local judge played the judge. The third night we had a hung jury and had to perform both endings.

When asked if she ever thought that Brave Community Theatre would be successful for this long, Neville admits that there is no way she could have imagined it. She adds that it has been a major part of her life and that of her family. “It is very rewarding to learn that many past cast and crew are involved in theater and performance in some way in their present lives.”

Brave Community Theatre is proud to be the oldest self-supporting community theater in Minnesota. As a non-profit, 501c (3), its mission is to promote theatre and the arts and is organized exclusively for charitable purposes.  Brave Community Theatre is always looking for adults and young people to be a part of the theater in any capacity that they would like to participate. “We have been fortunate to be able to involve our Kingsland School District students in many of our productions,” says Thauwald. “Not only do we need them to cast many of these productions, but they allow us to remain a true community theatre.”

Brave Community Theatre’s presentation of A Night at the Theater will be playing February 10-13 at the Spring Valley Community Center. Performances begin at 7:00 PM each night. Social Distancing and COVID-19 protocols will be in place. For more information, please visit the Brave Community Theatre website at  BCT (google.com) or email bctsvmn@gmail.com.